Mandatory Subjects of Bargaining: What You Need To Know 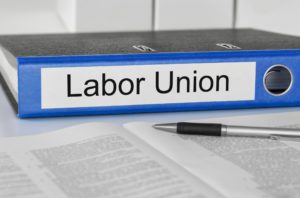 Mandatory Subjects of Bargaining. Employers should know that the employee handbook, or other work rules or policies, may not alter certain terms that an employer must bargain over with the union. These terms are called “mandatory subjects of bargaining”, and generally include provisions relating to “wages, hours, and other conditions of employment”. For example, the following list includes just some of the provisions that have been found to have been mandatory subjects of bargaining:

Essentially, if a rule or policy can reasonably be expected to affect a benefit or impose a burden on an employee, it is a matter that must be raised in collective bargaining, and cannot be unilaterally altered by the employer.

Mid-term Bargaining. If either the employer or the union wishes to alter a mandatory subject of bargaining during the effective term of the collective bargaining agreement (“CBA”), neither may do so unilaterally. If both parties agree, they may enter into a memorandum of understanding (“MOU”) containing the new negotiated term, which would be effective until the adoption of a new CBA. However, if it’s agreed to reopen portions of the contract for negotiations, the parties must bargain as you would when there is no contract in place. This means that you may implement your proposals if the parties have reached impasse or impose a lockout, and the union can strike. For issues that may be expected to change significantly during the term of a CBA, such as health insurance contributions, the parties may wish to negotiate a “reopener” clause with respect to those specific issues, which would automatically impose a bargaining obligation upon the occurrence of certain pre-defined events, such as the passage of two years, or the employer’s health care premium increase in excess of a predetermined percentage from one year to the next.

Effects Bargaining. If a particular business decision is being considered, and it’s either not a mandatory subject of bargaining or it is within the scope of permissible unilateral action (as defined within a CBA’s “management rights clause”), you may still have an obligation to bargain over the effect of that decision on the bargaining unit employees. Such decisions will typically include:

The “effects” over which you must bargain would be items such as:

a.   severance pay;
b.   payments into the pension fund;
c.   preferential hiring if the employer continues operating at other plants;
d.   reference letters with respect to other jobs; and
e.   health insurance, pension benefits and retraining funds.

Effects bargaining must be conducted in a meaningful manner and at a meaningful time. The National Labor Relations Board (NLRB), hearing an unfair labor practice charge arising out of an employer’s refusal to bargain, will consider factors such as the risk of significant financial loss to the employer, concealment, misrepresentations, the length of time between the decision and the notice, the sufficiency of effects bargaining that had occurred, and anti-union animus.

If you have any questions or need assistance or guidance on mandatory subjects of bargaining, contract negotiations, responding to union grievances, representation for arbitration, PLRB, PERB, NLRB hearings and in Pennsylvania or Federal Courts at trial and appellate levels, please reach out to us at (724) 864-8745 or at HRhelpline@eastcoastrm.com.