Hands-Free May Not Be Liability-Free…

We’ve all seen it.  The car in front of you is all over the lane, making hard stops, and dangerously cutting corners.  The problem isn’t drugs or alcohol.  The problem is a cell phone.  And it’s no small problem. 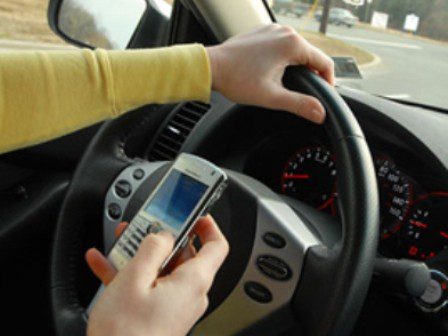 According to U.S. Transportation Secretary Ray LaHood, 32,885 people were killed in distracted driving accidents in 2010.  Lawmakers are taking action.  Currently 35 states have enacted laws to ban texting while driving.  Nine states have even stricter laws banning the use of all handheld cell phones.  None of these laws specifically define an employer’s responsibility concerning company-owned vehicles, cell phones or an employee using a personal phone to conduct company business while operating a vehicle.

Though the use of hands-free devices remains legal in all states, the laws do little to limit an employer’s liability.  Hands-free or not, if one of your employees is involved in an accident while using a cell phone to conduct company business, you may be liable.  Establishing a company policy will not remove liability completely, but it will go a long way in protecting you and your employees.  In fact, The National Safety Council recommends that employers go further than state laws and prohibit hands-free device use while driving.  Whatever your company’s policy, it must, at a minimum, clearly require compliance with applicable state laws.

As a reminder to KIG Agents in North Carolina, Indiana and Virginia; texting while driving bans are already in force and most likely causing your insureds to re-evaluate current employee policies regarding use and/or prohibition of hand held communication devices while operating a company vehicle or a personal vehicle for business use.  KIG Agents in Ohio should be aware that no state-wide ban on texting while driving has been passed as of current, however many cities have enacted their own legislation banning texting while driving.  Some of those cities include: Cincinnati, Toledo, Zanesville and Columbus; a full listing of cities and locals affected can be found at www.handsfreeinfo.com.