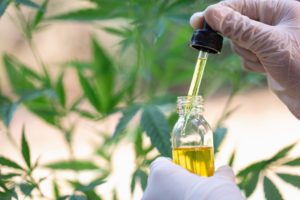 Ever since medical marijuana was legalized in Pennsylvania, we continue to receive a lot of questions from employers about drug testing – and rightfully so.

The law on this topic can be confusing.  As an employer, you may be wondering how you should handle it when an employee tests positive for medical marijuana. For all employers, it depends upon applicable state and federal law.

To get a better understanding of Pennsylvania’s Medical Marijuana Act (“the Act”), let’s look at the stages and circumstances under which an employer might drug test its employees.

Disclaimer: The intent of this blog is to provide employers with practical guidance on how to handle drug testing issues as they relate to medical marijuana in Pennsylvania.  If you are an employer in a state other than Pennsylvania, please contact our HR Helpline at 855-873-0374 for further guidance.

Many employers make job offers contingent upon the applicant providing a negative drug test.  If the applicant tests positive for marijuana and claims to have a medical card, employers in PA should ensure the applicant has a valid medical marijuana card.  If so, the employer should not revoke the offer of employment but should instead proceed with hiring the applicant.

However, medical marijuana may come up during the interview phase, before you even get to the testing.  For instance, a nervous candidate may tell you during a job interview that he has a medical marijuana card.  In this case, do not ask to see the card or ask any follow-up questions about it. Just proceed as if he never told you this piece of information, focusing on qualifications, experience and other legal topics.

If he happens to be the most qualified candidate, you should offer him the job.  Then proceed with the drug testing and handle any positive results as mentioned above.  Of course, if this candidate tests positive and does not have a valid medical card, the job offer should be revoked, as he would then be using medical marijuana illegally.

So what is the rationale for this guidance in the pre-employment phase? The Act’s anti-discrimination provision prohibits employers from discharging, threatening, refusing to hire, discriminating or retaliating against employees “solely on the basis of such employee’s status as an individual who is certified to use medical marijuana.” In other words, denying employment for the legal use of medical marijuana is against PA law.

Reasonable suspicion testing is often requested when a supervisor, or other person in authority, has a reasonable belief based on objective factors (i.e., appearance, speech, behavior or other conduct or facts) that the employee is under the influence of drugs.

If you have reasonable suspicion that an employee is under the influence of drugs at work, two supervisors or other person(s) of authority should observe the employee at work, agree signs of impairment exist and thoroughly document their observations before requesting a drug test. These observations should be placed in the employee’s personnel file. If a reasonable suspicion test is positive for medical marijuana, the employer can probably terminate employment, even if the employee had a valid medical card.

So why is it sometimes okay to terminate an employee in this situation but it is NOT okay to refuse to hire an applicant with a medical card who tests positive?

Unfortunately, the Act doesn’t tell us what “under the influence” or “below the standard of care” means.  A positive test for medical marijuana is not enough to terminate under the Act because it won’t support the requirement that the person be “under the influence” at work.  This is because the presence of marijuana in the body will remain and show up on a test much longer than its inebriating effects.

In other words, a person could have used medical marijuana 30 days ago, have it still show up on the test, but no longer be impaired by it. To help yourself comply with the Act’s anti-discriminatory provisions, your supervisors should be thoroughly trained to spot the signs of being under the influence of medical marijuana based upon reasonable suspicion. These observations, in conjunction with a positive test, can help an employer support its position that a termination for a positive test complied with the Act (i.e., the person was under the influence of the medical marijuana while working).

We do get a small bit of guidance on what “under the influence” means, but only for certain safety sensitive positions. For instance, the Act gives the following prohibitions for medical marijuana users:

So what does all that mean?  The first prohibition tells us employees cannot test positive with a blood content of more than 10 nanograms of active tetrahydrocannabis per milliliter of blood in serum or they will be deemed to have been under the influence while working and termination would not violate the Act.

Post-accident drug testing can present the same challenges as reasonable suspicion testing.  Many employers do post-accident testing as part of their investigation when an accident or near miss occurs.  If an employee tests positive for medical marijuana on a post-accident test, the employer should not terminate without reasonable suspicion unless: (A) the employee has no valid medical card; (B) the prohibition under category (1) above applies and the nanogram level has been met; or (C) the DOT exception I explain below applies.

Some of our clients perform random drug testing where a predetermined percentage of employees are selected at set intervals for drug testing.  If an employee tests positive on a random test for medical marijuana, I don’t recommend discipline or termination, unless they cannot produce a valid medical card.

Why? Remember, the Act suggests an employer needs evidence that an employee is “under the influence” to take disciplinary action.  With a random test, the employer didn’t have reasonable suspicion to rely on as its evidence that it met that requirement.  All the employer would have in a random test situation is a positive test which is not enough to establish the person was “under the influence.”

Technically, the use of marijuana, whether recreationally or medicinally, is still a violation of federal law. In addition, the federal Department of Transportation (“DOT”) enforces regulations that prohibit its regulated drivers from using marijuana.  The Act contains a statement that employers are not required to violate federal law.  It doesn’t appear that federal prosecutors are going to enforce federal law on marijuana users in states where it is legal, but the DOT has published guidance stating it strictly prohibits use even if employees work in a state where it is legal and have a valid medical card.

Therefore, employers with DOT regulated drivers don’t seem to have a choice but to revoke a job offer for applicants or terminate DOT regulated employees who test positive for medical marijuana, even if they have a valid medical card.