Can We Terminate an Employee on Workers’ Comp? 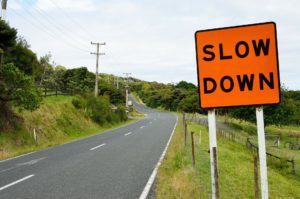 Most states have laws that impose penalties when an employer takes an adverse action, such as termination of employment, against an employee who has filed a workers’ compensation claim if that action is considered to have been retaliation or discrimination based on the employee’s claim. These penalties can be either fines, or jail time, or both. They are put into place because employers wrongfully terminate their employees, not necessarily intentionally, but in some cases without just cause.

While terminating an employee who has filed a workers’ compensation claim is not against the law, it can be very risky.  Employers should take a careful look at the situation and should not proceed unless they feel confident that they can prove that the termination, or any adverse action, was not prompted by the employee’s workers’ compensation claim.

What constitutes retaliation when it comes to workers’ compensation?

All too often it is common practice that employers get mad because of the cost of a workers’ compensation claim and they take their frustration out on employees. Termination is just one of the results. There are several behaviors that could be construed as retaliatory or discriminatory actions.  Just to name a few:

Remember, it is illegal for an employer to fire or retaliate in any other way against an injured worker for filing a claim. Adverse actions taken against an employee who is testifying in workers’ compensation case may also be considered retaliatory.

Does all this mean you cannot discipline a person who has filed a workers’ compensation claim?

No, an employer can generally discipline if they can show good cause. Good cause is defined as a “fair and honest” cause or reason that has been considered in good faith on the part of the employer. Remember, any time you are disciplining an employee, whether or not they are a workers’ compensation claimant, be sure to have evidence to back up the need for discipline. And make sure you are following your company policies.

If you are an employer with questions about leaves of absence or terminations, contact our HR team by sending an email to HRhelpline@eastcoastrm.com or by calling us at (724) 864-8745.