Can I Fire My Employee For Off-Duty Conduct? 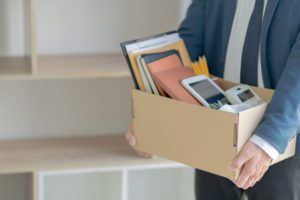 Our employers often want to know if they can fire an employee for the off-duty conduct. Believe it or not, there are instances where they can.  Here is the main question to ask each time you are confronted with this situation: “Is termination of this employee for off-duty conduct lawful?” If the answer is yes, the risks are low. Of course, knowing the answer to this ultimate question is the tricky part. In each case, it will require analyzing the following, which is not an exhaustive list:

Let’s look at some situations involving off-duty conduct where employers may want to discharge an employee.

Questions about discharge for off-duty conduct come up the most in relation to social media posts. For example, let’s say an employee made a harmful post about the employer on social media… and now the employer is seeking to discharge them. One law that may come into play when analyzing these situations is the National Labor Relations Act (“NLRA”), which applies to most private employers. This law prohibits employers from taking adverse employment action against employees who are engaged in protected, concerted activity. From a high level, employees covered by the NLRA are afforded certain rights to join together to improve their wages and working conditions, with or without a union. For example, posts by employees discussing COVID-19 safety concerns in the workplace, such as lack of personal protective equipment, would be protected under the NLRA and possibly OSHA retaliation statutes. However, posts that use vulgarity and offensive terms to simply berate the employer where its clear the intention is not to discuss or improve their working conditions may not be protected.

Criminal activity is another issue that arises in the context of off-duty conduct. For instance, a teacher charged with sexual activity or other misconduct involving a minor can most likely be discharged with low risk. Despite the fact that the teacher has certain protection working for a public employer and belongs to a union will most likely not make discharge unlawful. Criminal conduct may be seen as just cause to terminate under both the union agreement and laws applicable to a public employer. Given the nature of the job and the crime charged, it would be harmful to the school’s operation and reputation to keep the teacher on staff. In addition, its likely parents as well as others would complain. It’s these justifications that most often outweigh the argument of “innocent until proven guilty” in these situations.

Here is another scenario to consider.

An employee goes to WalMart after his work shift ends. He is wearing his company uniform and driving a company vehicle. While in the parking lot, he gets into a physical altercation with another person and injures that person. The altercation is caught on video and goes viral. The employer sees it after its called to their attention by several other employees as well as by third-parties who forward the video to the employer. Discharging the employee will most likely be lawful.  The employee is seen participating in violence in his company uniform and near a company vehicle.  He can therefore be tied directly back to the employer, which can ultimately harm the employer. The same outcome may be warranted if this same employee were videotaped using offensive racial terms or vulgarities, rather than engaging in a physical altercation.

What about employers who want to discharge because of their employee’s political activities and opinions?

There are some state laws that prohibit employers from taking action against employees for such. In addition, some states prohibit employers from taking any adverse action employees for lawful off-duty conduct. Depending on the state you are in, discharging an employee for their political activity or opinions may or may not be lawful.  For example, if you are one of our Pennsylvania employers, action would most likely be lawful since Pennsylvania does not have any law that would prevent you from taking action in these matters.

Here are a few other laws that may arise when faced with the question of how to handle off-duty conduct. I’d like to put a spotlight on our public employers since they are unique. A lot of them have unionized employees which often requires just cause for discharge. Public employees also have due process rights in their employment which means they are owed notice and a hearing before adverse action such as discharge. Some even belong to the civil service which also requires just cause to part ways. Lastly, they have other constitutional rights in addition to due process, such as the Free Speech (which has limitations by the way), which may come into play in these fact patterns.

Some states also have Lawful Use statutes protecting employees against discharge for their lawful use of tobacco or marijuana products.

Here are some additional high-level tips for handling off-duty conduct.

Make sure you have a Social Media and Code of Conduct policy that make it clear your rules apply to conduct both on and off the job.  Make sure those policies provide that all of your other policies are incorporated therein, such as Harassment, Criminal Conduct and Confidential Information. Prohibit conduct that would harm the employer’s business or reputation.  And of course, don’t forget to call your favorite HR team before you make a decision to discharge an employee for their off-duty conduct to make sure your decision is in step with the law.