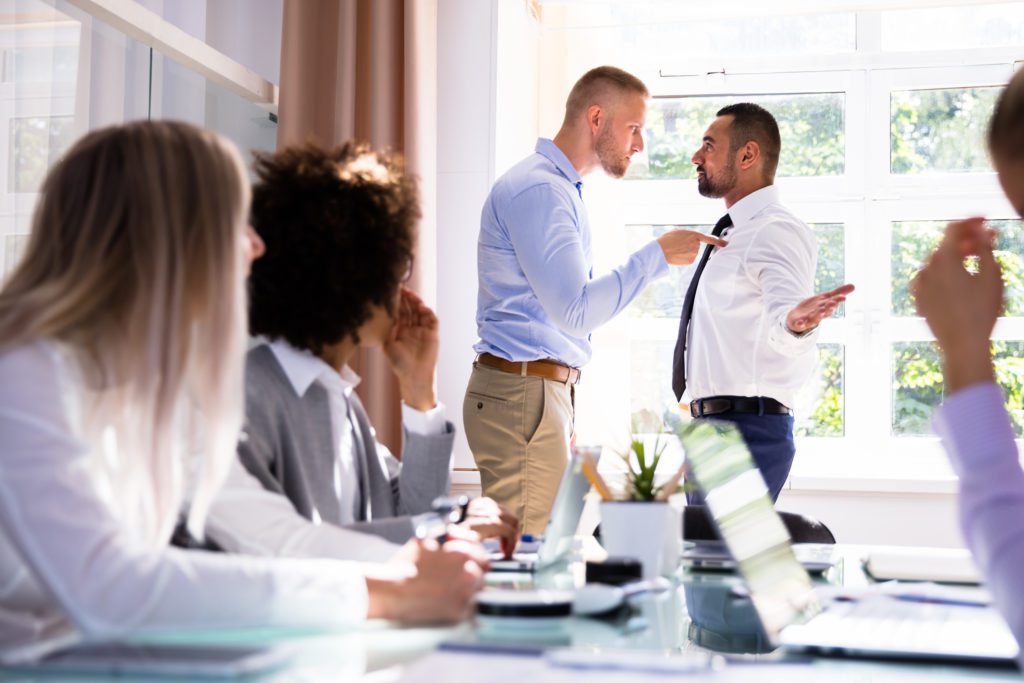 Workplace bullying is on the rise. While statistics vary, some studies reveal that nearly half of all workers in America have been affected by workplace bullying, either as a target or as a witness to abusive behavior against one of their co-workers.

Merriam-Webster’s dictionary defines bullying as “abuse and mistreatment of someone vulnerable by someone stronger or more powerful,” In the workplace, that could include verbal or written teasing, intimidation, or threats to cause harm.  It might take the form of public reprimand, belittling or regularly excluding someone from meetings or social gatherings of their peers.

To date, neither federal nor state laws prohibit bullying in the workplace. However, several states are considering taking steps to a healthier workplace or even implementing anti-bullying legislation and for good reason. In fact, laws have recently been enacted by legislatures in Utah, Tennessee, and California and an employment policy has also been enacted by a county in Georgia. But, even in states with no anti-bullying laws, some situations of bullying may still be illegal.

Bullying violates federal and state laws prohibiting harassment in the workplace when the basis for it is tied to a protected status, such as color, national origin, race, religion, age, sex, and disability. If bullying targets a person based on their status in a protected class, that bullying may qualify as illegal harassment. In that case, the employee being harassed may be able to file a law suit based on the hostile work environment that has been created. In addition, even if the behavior isn’t repeated, if the behavior is severe enough that a reasonable person would find it to be offensive, hostile, or abusive then it could be considered unlawful harassment.

Already, twenty-five states have proposed variations of the Healthy Workplace Bill, crafted by Suffolk University law professor David Yamada. This measure prohibits workplace harassment without the necessity of demonstrating that such harassment is based on a protected class.

California Governor Brown signed A.B. 2053 into law on September 9, 2014, mandating that covered California employers add anti-bullying content into their current sexual harassment training curriculum starting January 1, 2015. Employers with 50 or more employees must provide at least 2 hours of training and education regarding sexual harassment to all supervisory employees once every 2 years. This training must include “prevention of abusive conduct” as a component.

Abusive conduct is defined as any malicious conduct that a reasonable person would find hostile, offensive, and unrelated to the employer’s legitimate business interests. Unlawful bullying in the workplace can take many forms, including:

In other cases, if the bully threatens to physically harm an employee, then that employee might be able to sue for assault. Or if the bully follows the employee home after work or to work, then that may be reason for the bully to be guilty of stalking.

Did you see these headlines?

So, what can you do?

Educate your leaders. Make sure they know to: